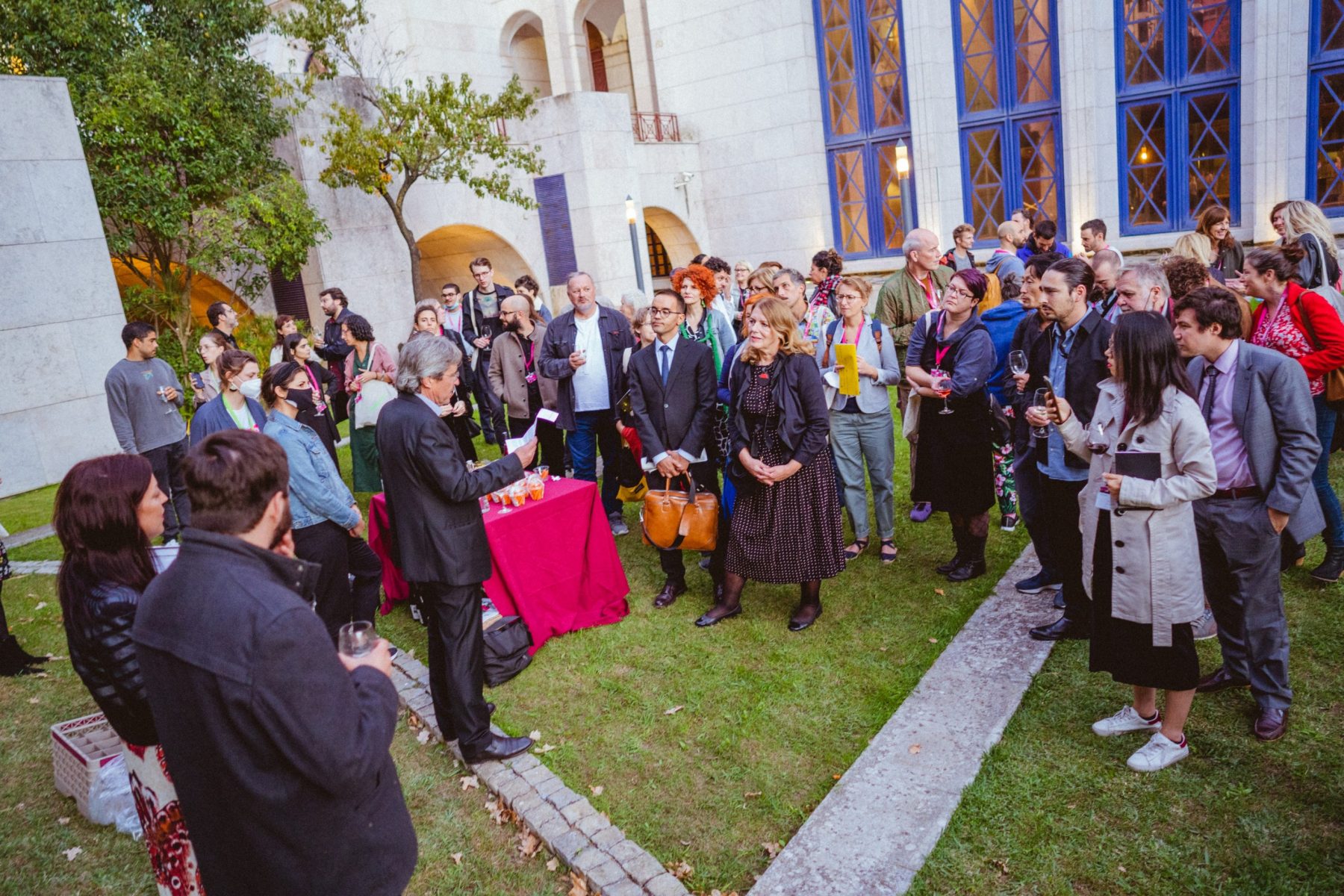 Doclisboa’s opening cocktail was held last Thursday, on October 21st, in Lisbon, celebrating once again the beginning of the 19th edition of the festival.

The event also launched the 3rd edition of Nebulae, Doclisboa’s industry and networking space, and the Invited Country 2021: Croatia.

“Together with the Croatian Audiovisual Centre, that I’d like to thank for the support, we built a strong and intense programme of activities, meetings and presentations that will allow us to get to know more about the film production of this country” said Glenda Balucani, coordinator of Nebulae, whom, alongside Miguel Ribeiro, co-director of Doclisboa, welcomed the festival’s guests as well as the Croatian delegation.

In the words of Christopher Peter Marcich, CEO of the Croatian Audiovisual Centre, “in the audiovisual sector we share similar challenges as so-called low production capacity countries. It should come as no surprise then that Portugal and Croatia find themselves to be natural allies in the European policy debates which shape our future.”

More than 50 guests attended the cocktail that preceded the opening ceremony of the festival, including Anita Tršić – Ambassador Extraordinary and Plenipotentiary, and Boris Dumančić – First Secretary, from the Croatian Embassy in Lisbon.

To open this year’s Nebulae, we hosted two pitching sessions in which twenty-three filmmakers had the chance to present their projects in development to a wide film professional audience. The first one introduced 9 Croatian productions and co-productions, chosen from 40 submissions. Also, two projects from Germany and Georgia, Invited Countries in previous editions, took part. The second session was dedicated to the participants of Arché, our projects development lab, showcasing 12 film projects from Portugal, Spain and Latin America.

The session was held onsite and online for more than 200 people, through live streaming at Nebulae’s platform, taking the projects to all accredited industry professionals and therefore enhancing collaboration and co-production possibilities. The presentation will be available until October 31st, alongside the four Croatian films presented at Doclisboa’s video library, providing an unique opportunity to discover the most recent Croatian productions.

The winners of the DAE Talent Encouragement Award (Free memberships for one year for the director(s) and producer(s) and a tailor-made consultancy session with DAE senior consultants) and Pitch the Doc Award (Special mention to one of the selected projects of the Invited Country),will be announced in an online closing ceremony, on October 31st, while the winners of the Arché Awards will be known at the Festival Closing Ceremony that will take place onsite on October 30th.

Search
✕
We use cookies on our website to give you the most relevant experience by remembering your preferences and repeat visits. By clicking “Accept All”, you consent to the use of ALL the cookies. However, you may visit "Cookie Settings" to provide a controlled consent.
Cookie SettingsAccept All
Manage consent